It hit me like an earthquake- there was no warning & no time to prepare.

I guess that’s not fair, I knew the day would come were I lost more mobility- afterall Progressive is right there in the name. It’s part of the battle, but it’s not the whole fight. But still, I wasn’t prepared.

One second everything is fine– my version of normal, the next I lost it. Everything changed in that moment, but there was no going back- no undoing the damage the earthquake left behind.

All I could do was pick up what I had left scattered around me and build my new normal. There was no time to grieve what was no longer there. It was time to suit up and battle life while the beast tried to defeat me.

He tried to win, but he forgot who he was fighting against.

I was tired and defeated in all the worst ways. I was in an unfathomable amount of pain, but I didn’t have a choice.

I was busy growing bone & learning my “new normal”, and he was busy throwing pieces of my old life back in my face. He didn’t know some would hit me, some would knock me down longer than others, but I always, always get back up ready to fight.

It hit me like an earthquake. It destroyed my normal. But it didn’t destroy me & it never will.

I am tired of the fight. But I will get up. I will figure out this new normal but give me some time to collect what is left of the life I once knew.

This earthquake didn’t destroy everything. It’s time to pack up what’s left and move on to my new life.

It’s slow and messy and takes a lot of grace, but I will get there– I always do and I always will.

** this post is not sponsored in any way by any of these apps, just personally love them!!

It is soo important to me that I keep up with all my medications & I just can’t do it on my own. I love that I can store all my medicine information in one place. It allows me to easily note when I take a medication or when the last time I took it was. It also reminds me to take my meds, which is a life-saver for time sensitive meds! Also, the lay out is perfect & it allows for multiple profiles. I seriously live by this app!

When you have gastro problems and are irregular as sh*t (pun intended)— its important to track. This app makes it so super easy! You can take a picture or evaluate your sh*t, plus it keeps a time line. Super random, but it also has a widget feature that shows how long since you’re last poop, which I think is super funny. As weird as it is, it’s also perfect. 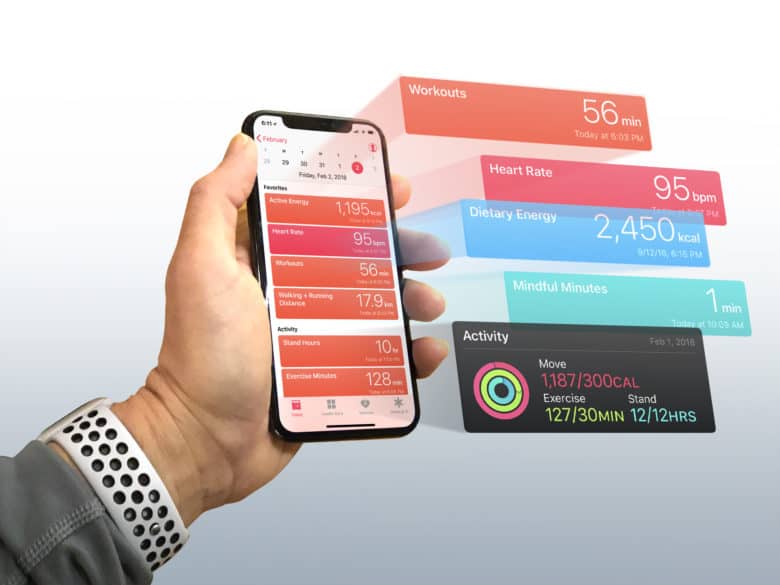 I just love that this houses all my vital information. It allows me to track my heart rate, steps, and vitals— all. in. one. place. Its super cool to watch this app evolve and it is now starting to include tests and bloodwork done at the hospital. It’s super awesome to have all this information right at my finger tips!

**Other Things I Can’t Manage My Health Without

I have to be OCD with my health and this is the best way I know how. I can organize all my information and carry it with me. I love having things written and organized.

Check it out here: https://www.etsy.com/listing/739374427/customized-medical-journal?ga_order=most_relevant&ga_search_type=all&ga_view_type=gallery&ga_search_query=CUSTOMIZED+Medical+Journal&ref=sr_gallery-1-20&organic_search_click=1&col=1

I love that it tracks everything for me! It is continually monitoring my steps & heart rate. It also makes sure I stay moving (stand hours— I’m super competitive & have to close the ring). I love that it has the fall feature & allows me to make calls or respond to texts from anywhere.

What does independence look like to you? I would imagine every one of you has a different answer. But I would bet it all revolves around being able to support yourself and your lifestyle and yourself. I’m sure it involves everything from feeding yourself to personal care.

For me? It looks a little different. Yes, I want to be able to support myself as much as possible, but it’s also me being strong enough to realize that I need to rely on others. It’s being able to do what I can for myself without jeopardizing my health.

Do you think about planning out your showers? My guess is no. You don’t have to plan your shower around someone else’s ability to help you with the entire process of a shower. You probably don’t think twice about wiping your butt, but guess what? That too is planned in my life. Personal care isn’t so personal for me… but it’s still apart of my independence.

Most people have no trouble running an errand on their own— for me? It sends me into a huge anxious state. What if something happens? What if I fall? If a stranger tries to help me, they could hurt me more. I need to know that I have someone that knows what to do if something goes wrong. Having that security blanket is part of my independence.

Although I love being alone, it’s hard for me.. What if I fall? What if I need to reach something? What if I need help wiping my butt? The what if’s are endless.. Does it suck that I have to limit the times I’m alone? Yes. But guess what? It’s my reality and I’m just thankful for the independence I still have. And I will continue to grow that independence as much as I possibly can.. without harming myself or my health.

Thankfully, technology continues to allow me to grow my independence. My Apple Watch allows me to let someone know if I fall hard & don’t move afterwords. It also allows me to make calls from wherever I am. It allows me a security blanket of a human, without physically having a human with me at all times.

Does it suck? Abso-freaking-lutely. But guess what? I don’t have a choice. My choice is to make it apart of my definition of independence— which includes the daily tasks I need help with & all the times I can’t be alone. And I’ll continue to consider myself independent, as long as I have the freedom to plan my day, my way, with the help I need.

I am rare. I am rare, and I wouldn’t change a thing.

I live with one of the most debilitating diseases known to medicine. I am literally growing a second skeleton and turning into a living statue. I have Fibrodysplasia Ossificans Progressiva or FOP for you weaklings who can’t pronounce it (I’m with you because it’s a mouthful). And yet here I am, living my best life.

Are there things I wish I could change? Absolutely, and maybe (hopefully) one day, there will be a treatment that allows some things to change. But don’t mix that up, I wouldn’t trade my life. I was given this mountain to show others that it can indeed [and will] be moved.

Is my life hard? Yes. Am I constantly in a sh*t ton of pain? Hell yes. All. The. Time. But, this is me. I’m not going to mold to your stereotypes. I’m going to fight my way through life and show you that I am more than my disability. I’m not going to sit back and let you walk all over me or tell me what I’m going to do or how I’m going to do it– try me, I dare you. FOP will never define me. I will fight it with every second of every day. I’m living in a world that wasn’t built for me, but here I am thriving.

Without FOP, I wouldn’t have met the amazing people & families that deal with this beast of a disease. I wouldn’t get the chance to film with Barcroft Media to educate the world about FOP (stay turned for the release date!!!). I wouldn’t have met the most amazing team of doctors fighting to free me from my own body. I wouldn’t have my service dogs or met their amazing puppy raisers & getting connected with Canine Companions for Independence. I also got some pretty cool opportunities because of my disease like a Make-A-Wish trip to the Bahama’s or meeting Kelly Clarkson.

I am sassy. I am loving. I am a fighter. I am optimistic. I am silly. I am picky (very picky). I am caring.

And most importantly… I am more like you than you [probably] think.